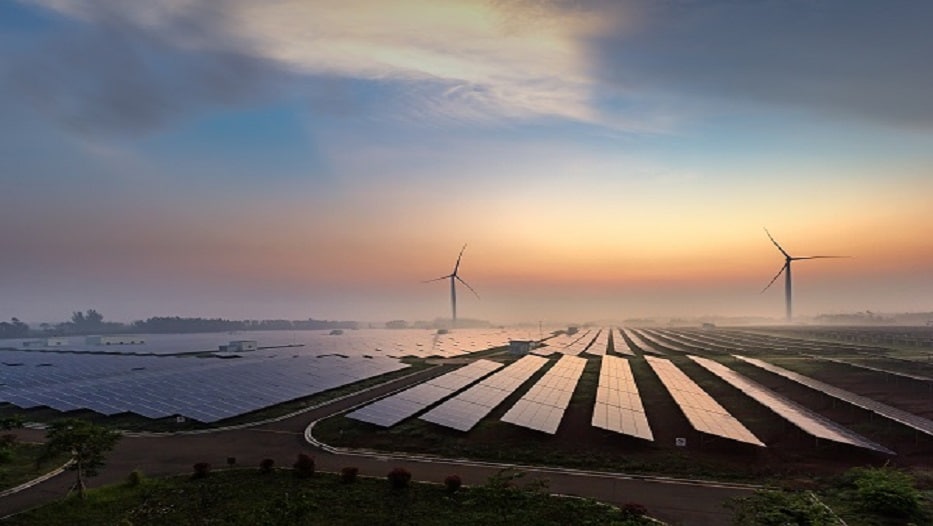 RENEWABLE ENERGY INSURANCE: ARE THEY ALL EQUAL?

The Paris Agreement establishes a global framework to prevent hazardous climate change by limiting the effects of global warming. This implies a switch in the energy paradigm with substantial changes, not only in the form of electricity generation, but also with the entry of significant investments from new agents, in addition to those of the large traditional energy corporations.

After many years insuring the renewable energy assets and production of these latter companies around the world, MAPFRE Global Risks made a product to cover renewable electricity generation facilities available to MAPFRE direct insurance companies.

Already with a certain perspective of experience and in the spirit of a better understanding of the risks and their coverage, the Technical Area of the Deputy General Management of Underwriting carried out an exhaustive analysis of the risks of wind and photovoltaic technologies, predominant in the current market and the ones experiencing further development.

The study provides for more than EUR 500,000 M of insured sum per year, mainly from wind generation, although photovoltaic generation is experiencing spectacular growth. As analysis parameters, not only claim ratios have been estimated, but also their distribution by cause, origin and amount. 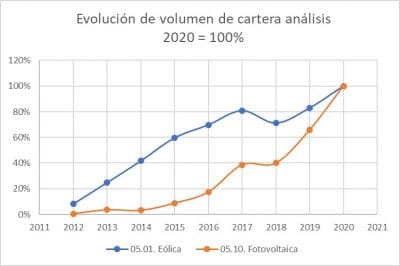 Thus, in relation to 5 years earlier, the volume of wind energy insured assets has multiplied by 1.7, while photovoltaic has done so with a factor greater than 10. This is explained by the dramatic drop in capital costs in the new plants by hundreds of MW. Although not so spectacular, the decrease in capital and operating costs in wind energy have resulted in economies of scale through the increase in turbine sizes. Thus, a few years ago the 1-3 MW range per turbine dominated the scene, now the 3-7.5 MW range is predominant, being even higher in offshore wind generation.

Although relatively infrequent in relation to the total number of claims, in wind energy generation, fire has been identified as the cause of higher sum in claims. Fires include both those occurred in turbines, normally with total loss of the turbine, and in discharge substations.

However, it is the breakdown of machinery that represents the highest number of claims, although the total amount is slightly lower than that derived from fires. They are followed in importance by facts derived from meteorological events (storms, lightning, flooding, etc.) 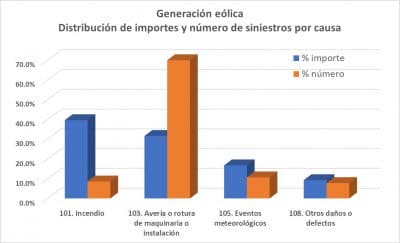 Special mention must be made of especially unique events such as hurricanes; excluded from the analysis due to their geographical uniqueness, a phenomenon to which, from the claim experience and Mapfre Global Risks, both wind farms and photovoltaic panel plants have been especially vulnerable.

Origin of the claims

Regarding the origin of the claims, the scale of claims stands out which, not being specifically inherent to renewable technologies, imply the impossibility of discharging energy into the transport and distribution networks, such as those in power lines and connection substations, a circumstance to which they are especially vulnerable as they are often in isolated areas. They represent less than 3% of the number of claims and around 20% of the total amount.

However, in the case of wind power generation, the turbine and rotor assembly, including blades and all their mechanisms, account for around 50% of claims both in number and amount. 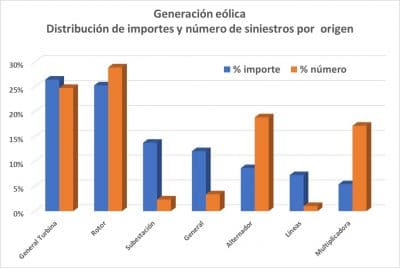 Undoubtedly, the most relevant conclusion has been the importance of the operator technical management throughout the life cycle of assets; which results in large differences in claim ratios. These policies and processes by companies refer to asset management, both in their development or acquisition and in their operation and maintenance. The difference between traditional generating operators and new investor operators from other sectors of activity stands out (Various) 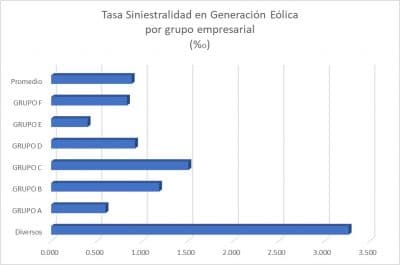 Contrary to what one might think, damage insurance for renewable energy production facilities (wind and photovoltaic) is highly vulnerable to claim ratio and intensity.

Intensity is associated to wind coverage (we know of significant claims in Spain or Chile, apart from those occurred with the passage of Hurricane Maria through Puerto Rico) and the Loss of Profits, as several facilities discharging to the same substation are shut down.

The claim ratio is highly variable depending on the facility’s operator with ratios that can be multiplied by 6 in the case of non-professional operators compared to those of large electricity companies.

MAPFRE Global Risks makes the MAPFRE RENOVABLES product available to MAPFRE companies to cover such facilities with a maximum compensation limit of USD 100 M, which considers these conclusions in its pricing. 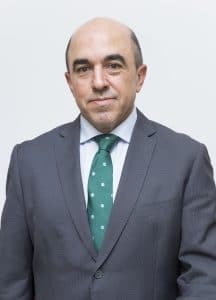