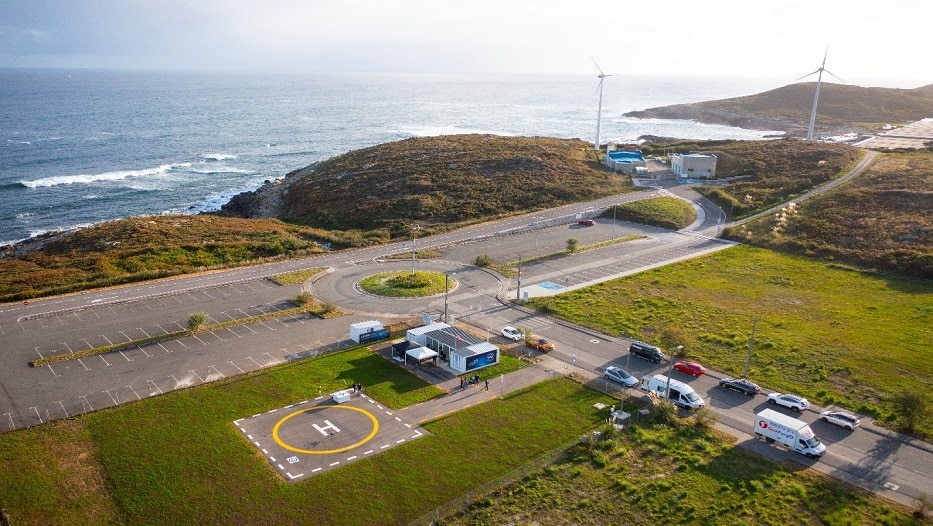 Although they have not yet become an element of our everyday life, drones are increasingly close to coexisting in harmony with traditional aviation. One of the advances being made in this evolution is called U-Space: a set of services, technologies, and procedures that will give rise to a new airspace. Enrique Ventas – R&D supervisor at the UAS Division of the Galician Institute of Technology (ITG [Instituto Tecnológico de Galicia]), who manages one of the testing centers specialized in the field of reference, talks with us about this new development.

The figures for the coming decades are indisputable: the European Union estimates that by 2050 there will be more than 7 million drones flying in Europe. The purposes they fulfill and their industry applications grow exponentially, and are still far from reaching full potential. However, as noted by Enrique Ventas, R&D supervisor at the UAS Division of the Instituto Tecnológico de Galicia (ITG), it is not being fully developed across the board, since most of the activity is being carried out in certain sectors such as audiovisual, inspections, and emergencies, with others still in the making. “In the latter group we could include last-mile delivery services or autonomous flights, without forgetting the transportation of passengers or goods between cities, for which there are several years yet to go,” he says.

As a fundamental step in the hierarchy of its roadmap, industry professionals rely on the U-Space, which can be understood as an evolution of traditional air traffic and which brings together “a set of services, technologies, and procedures that will allow for the access of drones into airspace to be controlled, so that it is safe, orderly, and efficient; that is, to facilitate many coinciding flights in the same space and the coexistence of all types of aircraft, both manned and unmanned.” In order for this harmonious coexistence to occur, it is necessary to determine the size of the airspace and that there is at least one U-Space service provider in accordance with its regulation, “that facilitates the identification of the network, authorization of flights, geo-awareness, and traffic information”. A common information point will also be necessary, which is a reference point for authorities, providers, and operators.

In addition, as the aeronautical engineer points out, it is expected that in the future “there will be many other services that are currently being worked on, such as weather information, tactical conflict management, measurement of the quality of communication signals, or monitoring of operations.” This ecosystem could host almost any type of operation, from the simplest to the most complex, with the “final prospect being in the transportation of passengers”.

The need for automation

The most important technologies in the structuring of this space will be those that have a greater digitization and that allow for the automation of services. According to the ITG specialist, “the management of conventional air navigation, known as ATM, whose most distinctive element is the controller, is not very automated and still has an analog component”, something that is unviable in the anticipated hustle and bustle of the U-Space. For this reason, it is necessary to “advance toward the automated management of this traffic, with a high component of Artificial Intelligence and systems that obtain a precise positioning in real time and fully digital communications, as well as the use of Cloud and similar technologies for the scalability of the services involved in thousands of simultaneous operations.”

For the implementation of these spaces, ITG indicates the need to overcome five major challenges:

The deployment of the U-Spaces would also produce positive effects on the region. The first, and most obvious, is the growth of the UAS industry and the creation of operating companies. “Drones should not be seen as a means that will replace what we already have,” explains Enrique Ventas, “but as a complement that will strengthen and expand the benefits of certain operations.” In addition to this industrial momentum, which would promote new business models and economic growth, there are also direct advantages for citizens, who would have new logistical tools within their reach. All use cases are already under testing, and some may be seen in Santiago de Compostela in September 2022, where ITG will coordinate the flight tests of the AMU-LED European project.

Another expected benefit is the decrease in emissions, thanks to the activities carried out by electrically powered drones, which would also entail greater efficiency.

Although approval was granted in April 2021 for a basic guidelines framework for the environment that houses a U-Space, where the main activities and responsibilities of the participants are defined, an adequate regulation for certifying aircraft or services is still needed, according to the expert, as well as a basis for the development of vertiports or the minimum specifications of CNS infrastructures. “For this, testing at trial sites like ours is indispensable, as they feed future regulatory developments with quantitative data,” he explains.

As ITG assures us, in order for the evolution towards a U-Space ecosystem to be successful, it is necessary to comply with all the institutional, risk, and technical terms that may be required. “Even when the technology is considered mature, it is essential to perform specific trial tests. As in other industries, the number of hours of operation is vital to collecting data and drawing conclusions, hence the importance of carrying out everything step by step in the deployment.”

Regarding the roadmap for the successful implementation of these spaces and the expected terms, Enrique Ventas is cautious. “The ecosystem will be growing gradually, and not overnight as it is sometimes led to believe.” The next milestone marked in the calendar will take place in January 2023, when European regulations enter into force and the first deployments begin to be seen. Until then, industry efforts focus on adapting technology, preparing system providers, and defining airspace volumes. At the same time, work continues in updating and expanding the regulatory framework, and allowing them to coexist and operate more complex U-Space aircraft and services in the medium term. “It is expected that the next evolution will be seen in 2024 or 2025, and perhaps the first certified and operational air taxis in European cities. Beyond that date, at the pace that the industry grows and technology is being developed, making a prediction becomes quite complex,” he concludes.

Today, the ITG has a fully operational testing center, ANCORA, and another one under development that will expand its capabilities and conduct testing in urban environments. This center specializes in light UAVs (Unmanned Aerial Vehicle) available to companies and institutions that require integration and validation tests for coordinated air-sea operations, BVLOS (beyond visual line of sight), night flights, and direct sea access. Since its creation, it has had multiple successes, such as the testing of its autonomous hangar that allows works to be performed unattended or the campaigns promoting the CERVERA IMOV3D network of excellence, where it works together with three other technological centers (CATEC, AICIA, and NAITEC) in the development of advanced air mobility in Spain, and was one of the two scenarios where testing for the European U-Space project DOMUS was carried out.

One of his latest successful cases was the validation test of the tool developed by ITG in collaboration with NTT Data, which allows for U-Space services. With these tests, the possibility arose in 2020 to participate in a European project, AMU-LED, with the purpose of demonstrating how to deploy the concept of U-Space in urban environments. 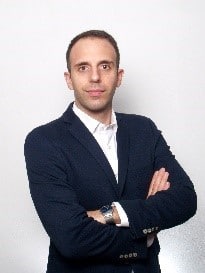 Enrique Ventas García is R&D supervisor for the UAS Division of the Instituto Tecnológico de Galicia (ITG). Aeronautical engineer, he has experience in air navigation for manned and unmanned aircraft. He has led R&D activities and projects for the company Ryanair as part of the Single European Sky (SES) initiative, as well as ITG initiatives developed within the scope of urban air mobility.

He has been a member of various international forums during his career, such as the Network Directors of Operations Group (NDOP), the Network Directors of Technology Group (NDTECH) and the Industry Consultation Body of the European Commission. At state level, he currently represents ITG in the Spanish Aerospace Technology Platform (PAE) and coordinates the U-Space flight and deployment campaign that will be carried out in Santiago de Compostela in 2022 as part of the big European demonstration project AMU-LED, among other initiatives. 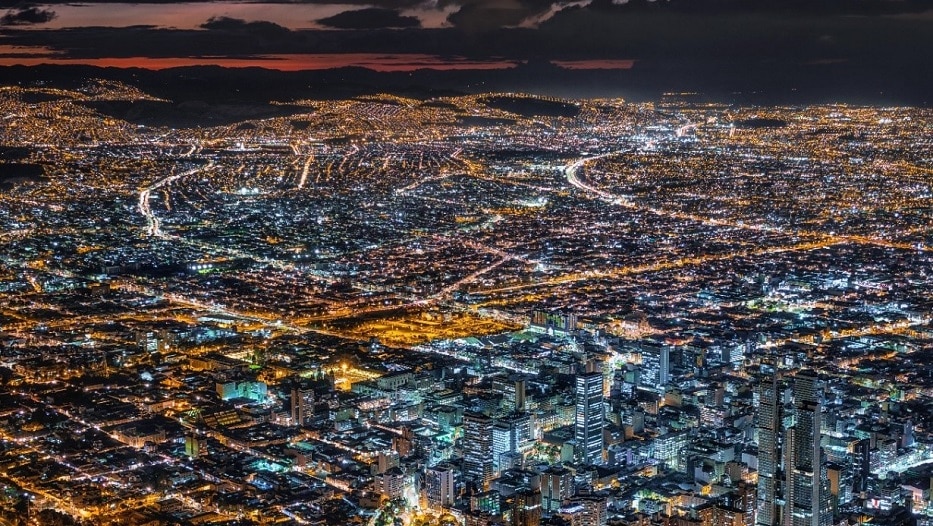 Challenges of the electricity sector in Colombia

Christian Jaramillo, director of the Colombian Mining-Energy Planning Unit, tells us about the situation in the sector and the main challenges it faces today.

END_OF_DOCUMENT_TOKEN_TO_BE_REPLACED 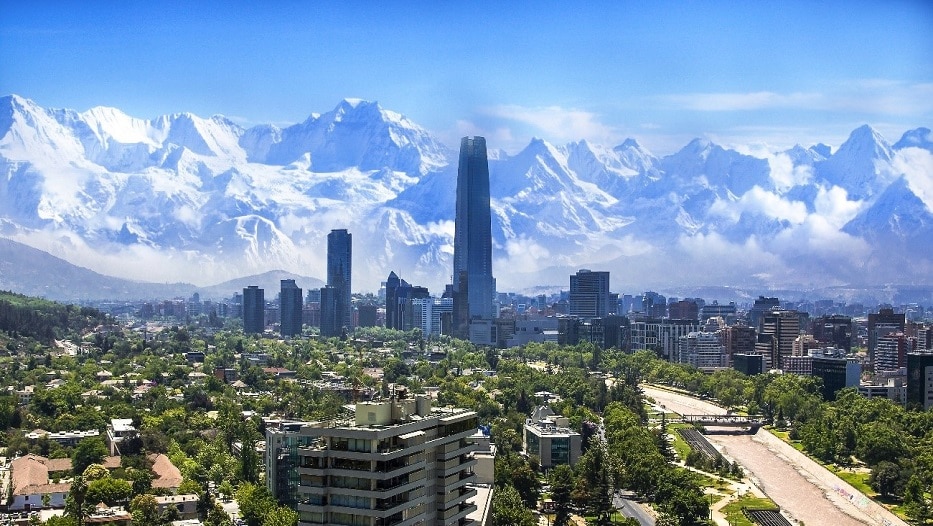 Interview with Mayra Kohler, General manager of the Official Spanish Chamber of commerce of Chile

According to recent data from the Center for Economics and Business Studies (Centro de Estudios en Economía y Negocios [CEEN]) of Chile, the confidence of foreign investors in the region achieved a slightly optimistic rating, which is up from the neutral level it...

END_OF_DOCUMENT_TOKEN_TO_BE_REPLACED 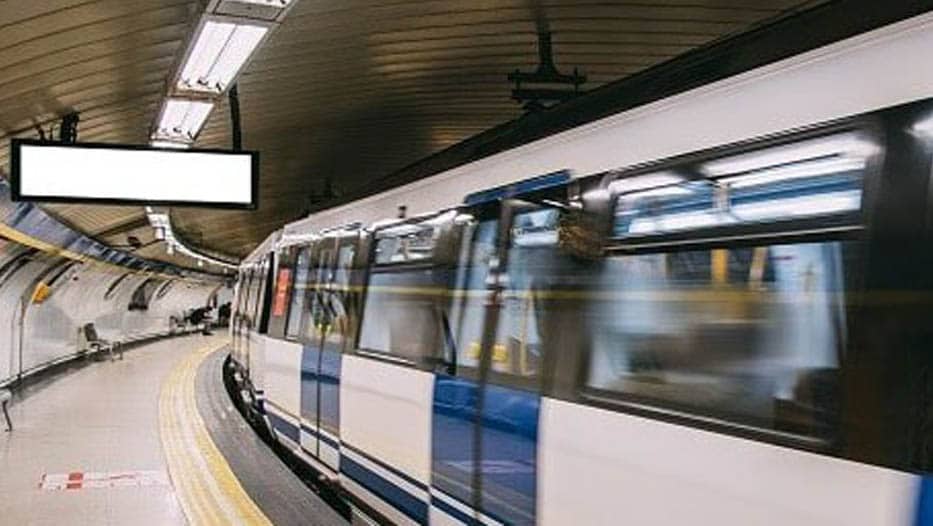 Interview with Manuela López, Chair of the Latin American Association of Metros and Subways

The railway industry and metro services are recognized as one of the most important economic sectors in the various cities where they are present: they are large sources of employment, have a positive impact on local economies, and they offer important environmental benefits.