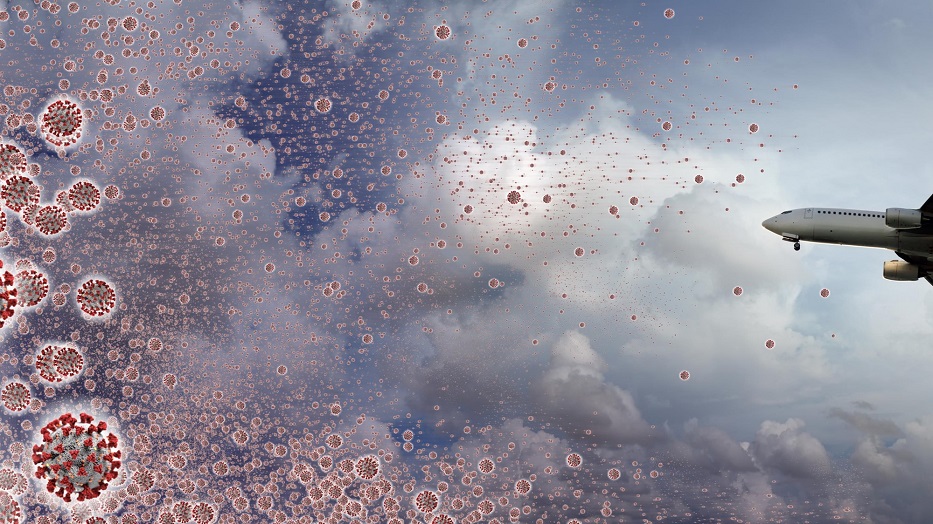 The aeronautics industry’s activity has been clearly affected by the crisis resulting from the pandemic. Fewer flight numbers, on-ground aircraft maintenance and new risks arising from this situation have become one of the main focuses of concern for airlines and the insurance industry alike, which will have to be capable of adapting itself and supporting its clients during these times.

One of the sectors worst hit by the COVID-19 pandemic is undeniably the aeronautics industry. Passenger traffic in 2020 is expected to be 66% of what it was in the previous year. No other global crisis has had such an impact on the aeronautics industry. But no one could have predicted a situation like the one caused by the COVID -19 pandemic. Not even in its most optimistic estimates does IATA presently expect air traffic to recover to its 2019 levels until 2024.

Commercial airlines have had to reinvent themselves to keep their operations at economically-feasible levels and have moved on from transporting passengers to transporting cargo or carrying out repatriation flights. Even so, the impact on their operations has been enormous. Commercial operations have gradually started again. But the quarantines and restrictions imposed by many countries have made travelers much more cautious when deciding to travel by plane. And a significant segment of the population is reluctant to fly again due to fear of becoming infected during the flight. In addition, there has been a drastic drop in number of business flights, one of the most profitable niches for airlines, as their passenger types have opted to travel only when necessary, holding videoconferences for everything else.

“Not even in its most optimistic estimates does IATA presently expect air traffic to recover to its 2019 levels until 2024.”

This reduction, and even the temporary shutdown of operations, has had a cascading impact on the rest of the industry: airports, airport service providers and so on, they have all drastically reduced their operations. Besides that, airlines have halted their orders for new planes, which has affected manufacturers and their auxiliary industry, which have found themselves compelled to reduce their production.

Fortunately, the general aviation segment overall has less been affected by the pandemic and many of its operations, thanks to their public-service nature, have been able to continue with relative normality during this period of global hibernation. We are talking about government, police, fire-fighting, air-ambulance, executive-flight and fumigation fleets, etc., which have breathed some new life into the industry.

A tightening in the aviation-insurance market began to appear towards the end of 2018, having reached historical lows in global premium income levels that were making it unsustainable, causing numerous insurance companies to limit their capacities or even to stop underwriting this insurance segment.

“As aviation insurers, we must be able to support the aeronautics industry during its various realities and it is in such situations that we need to demonstrate flexibility and support for our insured parties.”

This rising trend in rates continued on a global level throughout 2019 and the start of 2020. Although no one could have predicted what was going to happen in the spring of 2020 with the COVID 19 pandemic. At present, while the upward trend in rates continues, the drop in exposure volume resulting from fewer carried passengers and take-offs and more aircraft on the ground is adapting premium levels in renewals. Consequently, the market’s need for greater premium income is being passed over.

“At present, while the upward trend in rates continues, the drop in the exposure volume resulting from fewer carried passengers and take-offs and more aircraft on the ground is adapting premium levels in renewals.”

The aviation-insurance market is also facing new challenges from the pandemic. Risks that had so far not been important from the insurance perspective have become one of the main focuses of concern Aircraft became grounded once the airspace of numerous countries had closed and mobility restrictions set in. Up to the declaration of the pandemic, all the world’s airports had sufficient space to accommodate them, given that most of them were in flight. However, in this new scenario, airports are seeing their runways fill with aircraft and even airlines have had to resort to parking their aircraft in deserts or spaces previously thought unimaginable. This accumulation of assets, with high-sum insurance, brought together in the same physical space, increases the concerns of insurance companies in proportion to their fear of a major claim resulting from a possible natural disaster or act of terrorism.

Likewise, and as a result of this situation of congestion, incidents have occurred that were less likely in the past, as aircraft must still be maintained even when grounded and that involves movements along runways. The lack of space to perform maneuvers has led to a higher number of incidents involving collisions between aircrafts, fortunately without any consequences for passengers.

Despite all that, if we compared this year so far with the previous year, we would see that, because of the reduction in activity, the total number of frequent accidents (from handling operations, ingestions in engines, etc.), is smaller. Even so, the fact that global fleets have had much less activity has not prevented the occurrence of serious claims arising aircraft accidents with loss of human lives.

As aviation insurers, we must be able to support the aeronautics industry during its various realities and it is in such situations that we need to demonstrate flexibility and support for our insured parties. Since the outset of this crisis, we have been individually analyzing each of the situations and requests received to provide the best insurance solution adapted to t 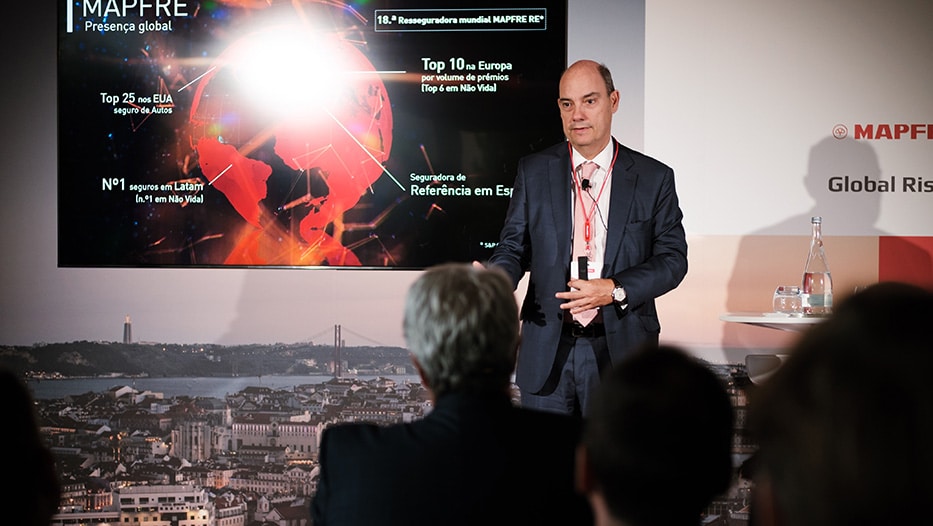 On October 3, the 2nd MAPFRE GLOBAL RISKS Seminar was held in Lisbon. it brought together top national and international insurance brokers for a session on the macro-economic outlook for 2022/2023. António Nogueira Leite was the guest speaker. Among the challenges...

END_OF_DOCUMENT_TOKEN_TO_BE_REPLACED 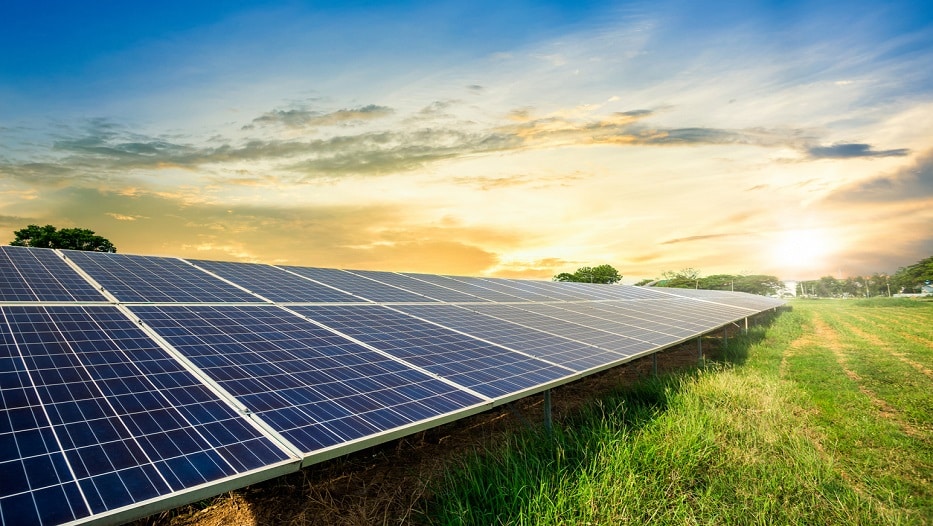 Following the pandemic and the energy crisis, renewable energies and, above all photovoltaic solar energy, have experienced exponential growth, helped in turn by the path marked out by Europe on the green economy and sustainability. AGROVOLTAICA was created with the...

END_OF_DOCUMENT_TOKEN_TO_BE_REPLACED 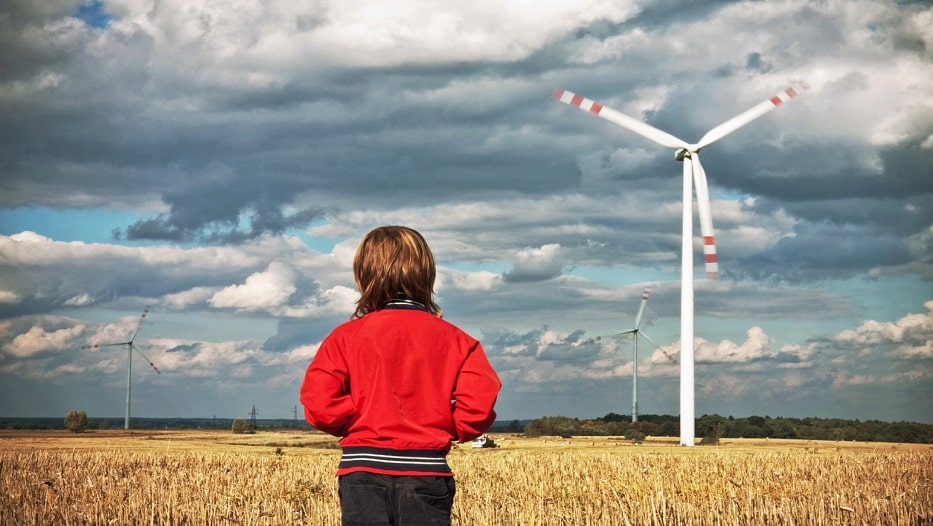 Sustainability, a real bet on the future of companies

In recent years, companies have faced major disruptions driven by technology and digitization that, together with the even greater impact of extreme events, have led to a radical transformation in their corporate structures and business models. For the latter, the...