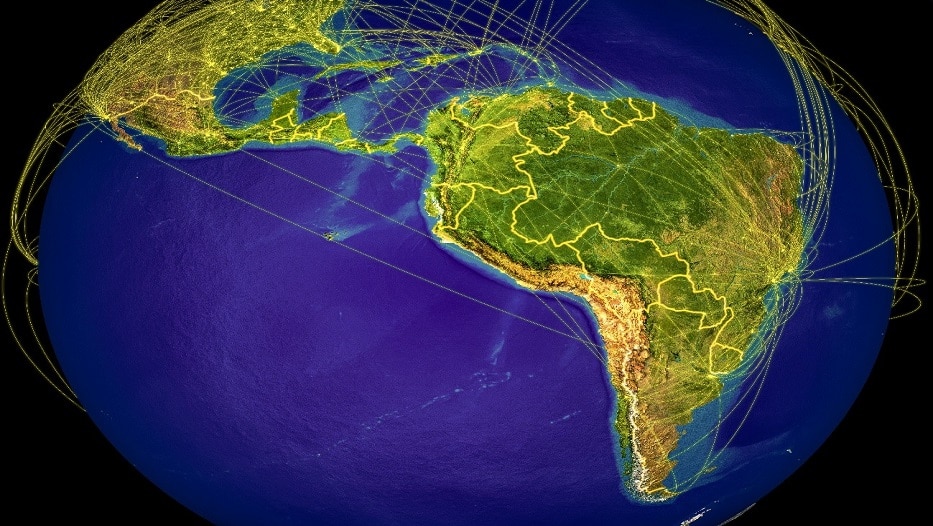 Multilatinas: from Latin America to the world

The Multilatinas represent one of the most outstanding success stories in terms of international expansion in recent times. In this article we review some of the key factors that have led to this and why they can play a fundamental role in the progress of the Latin American region.

Multilatinas, as can be guessed from its etymology, are companies of Latin American origin that are present in several countries in the region and have relevant operations outside the borders of their country of origin. To complete this definition, we must also look at their turnover. Depending on the source consulted, this figure varies from 100 million dollars per year, mentioned in the book Multilatinas: Strategies for Internationalization, to a minimum of 250 million dollars per year, as considered by the magazine América Economía.

These business groups form part of the so-called “emerging multinationals” belonging to countries with the same description—such as Brazil, Chile, Mexico, Colombia, and Argentina—which have gone from being large recipients of foreign capital to, in turn, becoming strong investors in international markets.

Before the pandemic, in 2019, the data published by “Global Latam 2020” showed that Foreign Direct Investment (FDI) from Latin American companies abroad reached 43,253 million dollars, which constituted a noticeable upward trajectory.

However, last year, the serious health and social crisis hit the region’s economy with full force. With a fall in GDP of 7.4% in 2020, Latin American FDI abroad plunged 90%, the report points out. However, despite the fact that large Latin American companies reduced their operations, they did not stop or cancel them. According to the aforementioned report, the accumulated stock of FDI issued by all countries in the region exceeds 750,000 million dollars and is 18% higher than that recorded a year earlier.

The Economic Commission for Latin America and the Caribbean indicates that the internationalization of Latin American capital and the prosperity experienced by many companies in recent decades is the result of factors related to economic reforms in some countries in the region, the saturation of local markets, the need to diversify risks, and, mainly, the expansion of the financial dimension that has facilitated companies’ access in the region to both local and foreign capital markets.

Moreover, its international component is accentuated by other significant factors, such as geographical proximity to the United States and cultural and language similarities that bring the region closer to Spain.

The tables have turned, or at least they have been leveled. Nowadays, Latin American companies are a prominent part of the Spanish business sector and their investment motivations, internationalization strategies, and vehicles used are increasingly more complex. According to the “Global Latam 2020” report, Spain is Latin America’s second largest global economic destination outside of the region; and Latin America is the fourth largest investor in Spain in terms of accumulated investment, amounting to 42,663 million euros, 9.1% of all foreign investment in Spain, with an annual average of 3,800 million euros since 2010 and until the pandemic. These data demonstrate the consolidation of a trend destined to recover this growth once the economic recovery begins.

Analysts from the Boston Consulting Group (BCG) have identified several factors that have led Multilatinas to achieve above-average growth for companies in the region. These factors are:

Contribution to the region

Since the beginning of the 21st century, Multilatinas have played an increasingly significant role in the field of economic relations. Their takeoff as global players has generated an enormous opportunity not only for companies but also for citizens, who have been able to access higher quality goods and services that were not previously offered in the markets thanks to these internationalization processes.

From 2008 to 2016, companies identified as “BCG Multilatinas” recorded an annual revenue growth of 5.2%, around three times more than the average of all large Latin American firms.

However, in addition to the tangible benefits provided by this growth, they are important sources of innovation and development of human capital. In this regard, millions of households have improved their standard of living and entered the middle class.

Multilatinas can play a fundamental role in allowing Latin America to thrive in a changing global landscape. According to the report “Why Multilatinas Hold the Key to Latin America’s Economic Future”, published by BCG, the resilience of Latin America’s private sector is one of its most valuable assets.

Around 80% of companies in the region, both large and small, are family-owned, which, according to the consultant firm’s experience, provides dexterity when navigating complex business environments and a long-term commitment to overcoming economic cycles. Moreover, although they are mostly controlled by families, they rely on great professionals trained to manage them who instill methods and modern management practices.

As we have seen, Multilatinas represent one of the most outstanding success stories in terms of international expansion in recent times. However, they have a long way to go to adapt to the challenges of the future.

This success depends, among other factors, on the fate of the region itself. Latin America faces significant challenges in technological development, which could also be an opportunity.

To succeed in the next phase of globalization, they will need to master the data analytics, digital strategy, artificial intelligence, and advanced manufacturing systems that define Industry 4.0.

All of this progress shows that Multilatinas can once again grow in the face of adversity and extract their potential to propel Latin America forward as they have done in the last decade.