Inicio > Risks Management and Insurance Magazine > Articles > Hydrogen: its role in the future of transport 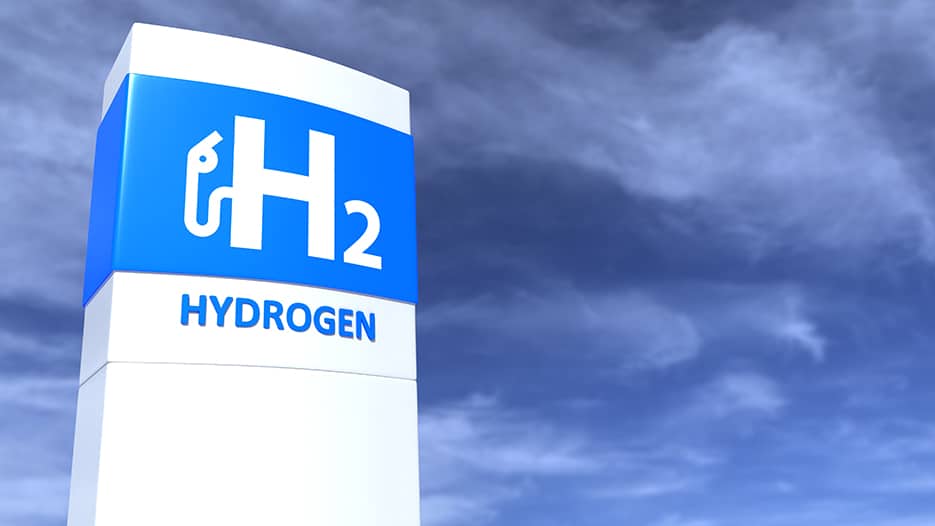 Hydrogen: its role in the future of transport

When the Hydrogen Roadmap was published in Spain in October 2020, the section dedicated to its use in mobility and transport emphasized that the technology supporting it is fully developed. As Javier Brey, chairman of the Spanish Hydrogen Association, explains to us, the challenges of its definitive integration into society and the economy depend on contextual aspects, as well as the creation of a favorable environment for the establishment and acceptance of vehicles driven by hydrogen fuel cells (FC).

It has been just over one year since the approval of the ‘Hydrogen Roadmap’, an institutional action plan to promote hydrogen as an energy vector, and since then, the Spanish Association chaired by Javier Brey continues to support Spain as an international benchmark in the market. Although there have been several steps taken in the industrial sector in recent months, at this time we are focusing on analyzing its potential and growth in mobility and transport. “There are only two possibilities for zero-emission vehicles: electric and hydrogen,” says Brey. Therefore, in the midst of the energy transition, hydrogen will play a fundamental role in the future of the sector.

How does a hydrogen vehicle work?

As Javier Brey explains to us, “there are several hydrogen production methods, but the most notable when it comes to a clean process is electrolysis: applying electrical energy to water breaks down H2O into oxygen and hydrogen. This is a process that produces no harmful emissions.” This process is reversible, and takes place precisely in “an electrochemical device consisting of a set of plates whereby hydrogen is combined with oxygen in the air to generate electricity, and the only residue produced is water”. This device is known as a hydrogen fuel cell (FC), whereby the process carried out by the original electrolysis is reversed. This means that, as indicated in the ‘Hydrogen Roadmap’, hydrogen produced from renewable sources is used to generate electricity, which in turn provides the energy to power fuel cell electric vehicles (FCEV). 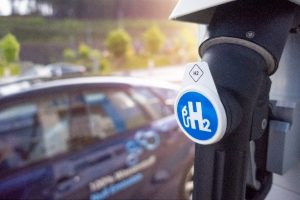 Spain aims to have 150 service stations in operation by 2030. Regarding Europe, the plan is for there to be a service station every 150 kilometers, and deployment strategies are being worked on.

“This device, which is called a fuel cell, is at the heart of many of today’s transport systemspowered by hydrogen. In other words, the hydrogen car does not have a thermal engine, but rather an electric one, and therefore does not emit either noise or CO2,” says Brey. While sharing the advantages of sustainability with electric vehicles, hydrogen cars also retain two practical features of gasoline-powered vehicles: a very short refueling time – no more than five minutes – and an autonomy of more than 700 kilometers. “That makes it very easy for a truck, a bus, or a train to run on hydrogen. One doesn’t have the problem of batteries that take up a lot of space, weigh a great deal, and which take a long time to recharge. They are refueled in the same time as a conventional vehicle and they have an autonomy that is comparable. That is the advantage of hydrogen. There are brands such as Toyota, Honda, and Hyundai that already sell these vehicles at dealerships. In other words, they can already be purchased. What then are the limitations? It is not, as I have said, the technology itself. In our country, it is the fundamental infrastructure that is lacking. If you don’t have service stations where you can refuel, you won’t buy a hydrogen car,” explains Brey.

In order for hydrogen to be a real possibility as a fuel in the future, it is necessary to establish a refueling infrastructure, and this is the main challenge for institutions. “Spain aims to have 150 service stations in operation by 2030. Regarding Europe, the plan is for there to be a service station every 150 kilometers, and deployment strategies are being worked on”. Although the paradigm shift in mobility may seem complex, evolution towards a hydrogen system can be relatively simple, as these hydrogen pumps can coexist with other technologies without any problem, making the transition easy. “In fact, in other places that already have hydrogen service stations, such as California, these have been located next to conventional ones. Hydrogen is compatible with any fuel, so it presents no problem,” says Javier Brey.

Progress with no breaks

Although hydrogen technology is regarded as innovative, as the Spanish Hydrogen Association reveals, in fact, the first vehicle “was developed, tested, and patented in 1807”. In other words, we are talking about hundreds of years of study and development, and not just in terms of road freight. In the case of trains, “there are already companies that use this technology as a commercial solution”, and there is an important development niche, especially in the United States, for which it is being proposed as an alternative for those railway lines that are not electrified. With regard to ships, the use of fuel cells is currently limited to projects on small ships (the heavier the ship, the more difficult it is to install a battery cell), but feasibility studies for larger ships are expected to be conducted. In Spain, the H2Ports initiative is of particular note, being dedicated to the development of a pilot project located in the Port of Valencia to incorporate hydrogen into port logistics operations, which has received financing from the Fuel Cells and Hydrogen Joint Undertaking (FCHJU).

In the case of aviation, as in the naval field, only demonstration projects have been developed for non-commercial flights thus far, but fuel cells will be, according to experts and institutional intentions, a means of propulsion for aircraft and for the machinery used at airports and cargo terminals.

When we asked the Chairman of the Spanish Hydrogen Association about the advantages of this new transport economy, he answers us with a single word: sustainability. “From many points of view. Firstly, environmental. We can produce hydrogen from renewable energy sources and when we use it, there will not be any type of emissions. Secondly, from the point of view of cities, it will contribute to cleaning up the atmosphere and improving the quality of life for citizens. And lastly, economic sustainability. We will not have to import natural gas or oil, but rather we will be able to produce renewable hydrogen locally, which will provide us with security of supply. We are not going to depend on third countries, but rather we are going to be able to create wealth locally,” he affirms.

The future of hydrogen will be, as Brey insists, by way of the creation of a refueling network, and the incredible potential of this has led many companies to express interest in these initial deployments. “There will be different types of financing for the installation of these initial hydrogen service stations, just like there is currently for the installation of charging points for electric vehicles,” says Brey, who also cites regulations as being a driver for the sector. “As the use of zero-emission vehicles becomes mandatory, the acquisition of a hydrogen vehicle will become increasingly interesting and, therefore, it will also become more interesting to install a hydrogen service station.” As a conduit of progress, the Spanish Hydrogen Association is committed to demonstration projects, in which heavy transport and captive fleets will play a very important role. “Let’s assume that the first projects to be developed are projects that will involve vehicle fleets. For example, a specific company that is dedicated to distribution might decide that ten of its trucks should be run on hydrogen and installs a hydrogen supply at its facilities that, in addition, will be also open to the general public,” says Brey. The normalization of the use of these vehicles will run in parallel to their visibility, as has occurred in recent years with electric cars. “We believe that there is a very good opportunity here in Spain with the hydrogen economy and we are sure that we can make the most of it as we deploy the new infrastructure as well as the first vehicles.”

The Association’s optimism is based on actual data that tends to support the growing interest by both society and the business community. “The Spanish Hydrogen Association has already doubled its membership numbers. In the last year, Google searches for the word ‘hydrogen’ have increased six-fold. There is no Spanish company right now that is not looking at how to enter the hydrogen segment. In our country, more than 1,000 projects have been submitted. In other words, little by little, companies have come to understand that hydrogen is the ideal tool for decarbonization, and they have perceived it as being a very flexible fuel that is able to replace any other.” However, he adds that this publicizing and dissemination work must be accompanied by an intensive training process. “In the Hydrogen Roadmap published just one year ago, we already talked about the training needed at all levels. Well, the first master’s degree courses are already available for professionals who wish to complete their hydrogen training. Specific subjects are already offered in our country at both educational and postgraduate centers. And if we want certain milestones to be achieved in this sector by 2030, we need to continue working on this,” concludes Brey. 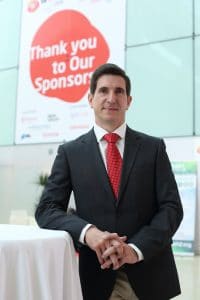 Javier Brey has an Engineering degree from the University of Seville, and a Doctorate from the Pablo de Olavide University in Seville; he studied for his doctoral thesis on Hydrogen Economy. 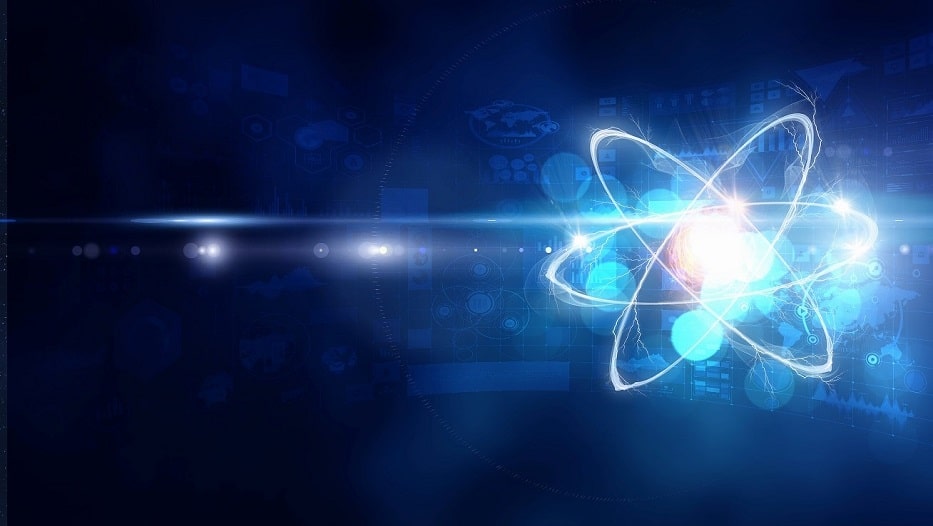