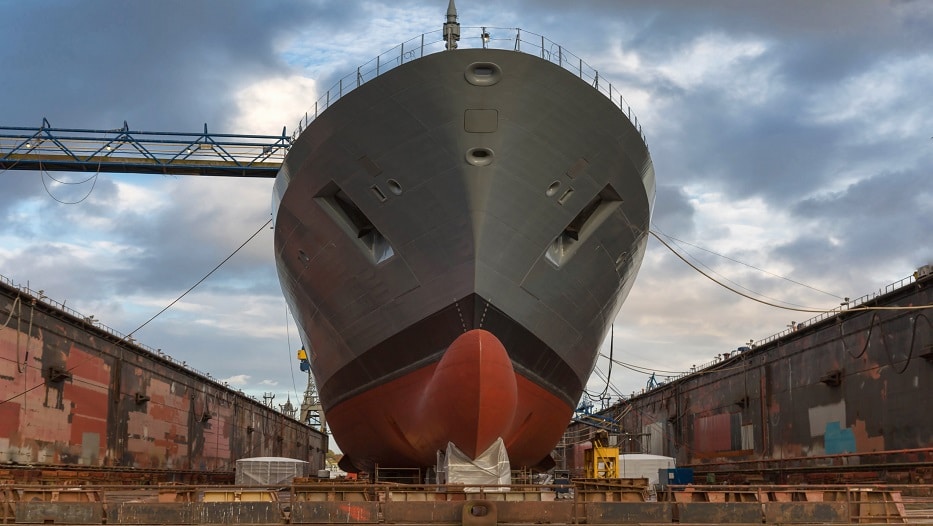 Technology and the development of new materials are key factors in the  shipyard industry  for facilitating the transition to becoming a sustainable sector. We analyze them together with Rodrigo Pérez Fernández, who holds a doctorate in Naval Engineering from Madrid Polytechnic University’s Naval Engineering Graduate School (ETSIN) [Escuela Técnica Superior de Ingenieros Navales].

More than 90% of world trade is carried out by sea, by way of nearly 100,000 merchant ships – with tonnage exceeding 100GT-. Like other means of transport, they use fossil fuels for their propulsion and for generating electricity for use onboard, such that they therefore emit CO2. Universities, companies and research centers are working hard to improve fuels and to provide new, more ecological alternatives, such as renewable energies and hydrogen in order to reduce these emissions” assures Rodrigo Pérez Fernández, who holds a doctorate in Naval Engineering from the Naval Engineering Graduate School (ETSIN).

As Pérez Fernández explains, “shipyards must assess the environmental footprint of their processes, and this impact must always be performed in terms of the full life cycle,” explains the expert. He also recognizes that, despite it being an industry that traditionally has been one that pollutes, “due to public awareness and new environmental regulations, commitments are being made to reduce and even eliminate polluting materials, and to make the naval industry a sustainable benchmark for other heavy industry.”

The evolution of shipbuilding has always been marked by innovation in terms of tools, construction methods and the evolution of materials. It is also notable that these aspects are interrelated, since the transition from wood to iron, and from iron to steel, required an optimization of manufacturing techniques. “One of the objectives of the industry is to find materials that reduce the weight of the ship, while maintaining or improving its robustness, useful life and, of course, affordability,” explains Pérez Fernández. Using better components also helps increase competitiveness, optimizing performance and potentially even reducing fuel use, allowing ships to carry increased loads and travel the same distances at lower costs, resulting in lower carbon emissions.

“Current shipbuilding production processes include new control, verification and validation devices. Robots, additive manufacturing, and virtual and augmented reality are increasingly common in our assembly shops, but also within the product itself”, says Pérez Fernández. In this way, the ship becomes a container and a vehicle for the connectivity of all the components which comprise it, becoming increasingly intelligent and linked to the ship’s operator, who is able to understand the circumstances of the vessel and its components in real time. “In order to make all of this possible, design and construction programs must facilitate transfer of the information this requires, and it is in this manner that these systems evolve in favor of information management”, he adds.

The most advanced and lightweight components have been developed “from molecular level composites which leverage physics, chemistry and materials science.” These are traditionally divided into three categories: metals, composites, and polymers (fiber-reinforced and made from a polymeric matrix). New materials are added to this list, such as ceramics, carbon nanotubes and other nanomaterials.

Researchers are finding a wide variety of ways to deliberately manufacture nano-scale materials to take advantage of their improved properties, such as improved strength, lighter weight, improved control over the light spectrum, and greater chemical reactivity than their larger scale counterparts. This nano-fabrication is done on a large scale, and it is reliable and profitable for materials, structures, devices and systems”, he explains.

While shipbuilding processes cannot afford to miss out on the value that technology provides, the specifics of marine engineering must be taken into account as the technology is integrated into shipbuilding. “There are many ways to apply technology within the scope of our profession. Management of and access to all the information necessary for the correct and efficient execution of a naval project is one way that technology can have a very positive impact. Accessing all the standards, rules, design guidelines, best practices, lessons learned, etc., in a quick and logical way, understanding the natural language of people, identifying that which is most relevant to the process underway and, above all, learning as the design progresses, are elements of the most significant contributions of the new technologies”, according to the ETSIN expert. 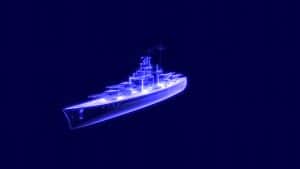 Digital Twins with independent geometries is the best virtual environment for process simulation and optimization, as well as for synchronizing reality and the virtual world for shipbuilding.

The Naval Industry has long life cycles, and that is why ship design must take this into account when implementing technology in ship design and in the training of shipyard workforces. “The transformation to Industry 4.0 involves a huge number of interrelated and concurrent technologies, which can be analyzed separately, but which must be utilized in the context of a comprehensive implementation specific to each industrial realm, through the application of design, manufacturing and engineering toolsets. Virtual reality, augmented reality and mixed reality are closely associated with the concept of Digital Twins, and interconnected with Big Data, which is generated by CAD tools and all of the related solutions, using the concept of the Cloud, which manages data in combination using machine and Artificial Intelligence cognitive processes”, says the expert, listing some of the most promising lines of industry research:

“From my point of view, AI is the most promising technology.As an example, let’s think of a ship’s control system, where some predictive processes integrated in the bridge can be implemented, to assist in deducing the consequences of maintenance operations, as well as delaying or avoiding them. The procedure applied might include Edge/Fog computing methods, since it only involves the internal communication network of the vessel, delaying the large download of operations data until arrival at port (during navigation, data transfer should only be used for critical operations). Or in the Artificial Intelligence processes based on navigation data, in the paradigm corresponding to building a series of ships, which where information can be obtained for improving the design and production processes, in conclusion.” 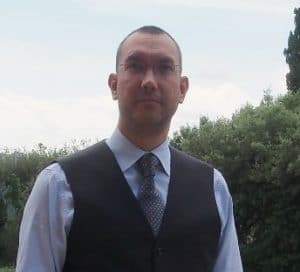 He combines his work at the university with his work at the private company, where he is currently head of the Military Naval Department within SENER’s Naval Division. He has previously served as Project Director and Consultant, providing technical assistance to various shipyards around the world. He has participated in several research, development and innovation groups/teams. He has authored several books and more than 100 technical articles related to Naval Engineering. He has also been a speaker at various national and international industry conferences.