Nanosatellites: the future of space communication

Until recently, space programs were the exclusive territory of a handful of governments and companies with substantial capital. Nowadays, nanosatellites have changed the orbital ecosystem and have allowed new regions and a wide range of industries to carve out a place for themselves in the so-called new space, a growing sector that democratizes the commercialization of space thanks to smaller, more agile, and affordable technology.

The commercialization of space—traditionally the domain of public and private economic powerhouses—has become more diversified in recent years with the introduction of a new technology. This scenario has allowed several regions to drive their orbital launch capability forward and made it possible for new industries to access satellite services. Nonetheless, the democratization of the universe also entails significant challenges. Elena Roibás Millán, teacher at the School of Aeronautical and Space Engineering (ETSIAE), explains these challenges and addresses the key points to successfully consolidating the sector.

Officially, a nanosatellite is any satellite weighing between 1 and 10 kg. Although these small space devices have transformed orbital management, their size is not a key factor in this milestone. “All space vehicles were small at the beginning of the space age, since the launch of Sputnik. However, they continued to grow over the following decades. Microsatellites made an appearance in the early 80s and adopted a completely different approach in terms of design, using new technology and duly qualified commercial off-the-shelf (COTS) components,” explained Roibás Millán, who holds a PhD in Aerospace Engineering from the Technical University of Madrid (UPM). 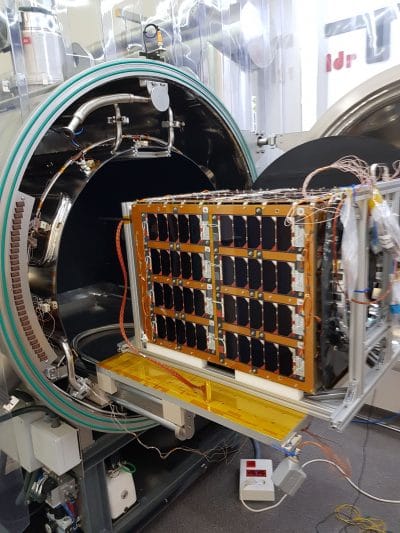 Nanosatellites have similar capabilities to their conventional counterparts, but are usually used for highly specific missions such as observing the Earth, telecommunications, and meteorology. They very rarely take on interplanetary missions, which means they normally operate in low Earth orbits at altitudes of between 400 and 1,000 km.  “The main difference lies in the design philosophy, which uses what is known as the design-to-cost approach. This involves including cost as a design parameter, so the project planning is very strict. As a direct consequence, the times when only a select group of countries, space agencies, and major industries could build and launch satellites are a thing of the past, and now many research centers and universities are also able to do so,” Roibás Millán stated. She also noted that to make progress toward innovation “we often need to take risks and undertake a process of trial and error until we achieve the solution we are looking for, which is not possible with a satellite that costs 200 million euros.” This is why nanosatellites have become a highly valuable platform for scientists and researchers.

However, their small size is also the cause of some of the main disadvantages, making it complicated to integrate large folding solar panels to increase the amount of electricity generated, or reflector antennas to transmit to Earth. “In general, this means that this type of device is mostly operated in low Earth orbits,” Roibás Millán explained.

The development of a nanosatellite goes through all the same stages as a conventional satellite: pre-design and viability study, preliminary and detailed design, manufacture, assembly and integration, and, lastly, qualification and acceptance testing for launch. The main difference is that the process is much shorter from beginning to end. Large units normally take between 5 and 15 years to develop, while a small one requires less than 12 months in many cases. “This reduction in times is very closely related to model standardization. CubeSats are currently the most widely used type. This standard was developed in the late 90s and is an external mechanical unit (1U, a 10 cm X 10 cm X 10 cm cube weighing under 1.33 kg),” the expert told us. This change in the development process facilitated the creation of commercial subsystems that make it possible to focus the design on the mission and not on the other elements needed for success.

This speed precludes one of the main problems associated with large satellite projects: equipment obsolescence. Sometimes this mismatch with market needs appears in the period between design and launch and on other occasions during the time spent in space. “Communication technology is constantly developing. This means that satellites often operate with old technologies because it’s impossible to make changes to a project that’s already under way,” she revealed. This concept of useful life is not a problem for nanosatellites as the constellations are thoroughly renewed, which makes it simpler to implement cutting-edge mechanisms.

We can divide their evolution into two stages. Up to 2013, most nanosatellites were developed by research and study centers to carry out small-scale observation tasks. After that, many companies (mainly from the telecommunications sector) launched missions using constellations to offer global coverage. “In the age of the Internet of Things, communications infrastructure capable of handling large amounts of data and guaranteeing service in any location is required. Although these systems are also useful for meteorology, security, disaster monitoring, etc.” she stated.

More than 70 countries are successfully operating this type of device at present, and many of them have started to develop their orbital launch capability thanks to this technology. “Several countries in Latin America have space agencies (Mexico, Peru, Uruguay, and Bolivia). And some, such as Argentina and Brazil, even have space launch sites, whereas until recently the only successful projects were carried out in collaboration with the US, Russia, or Europe,” Roibás Millán specified. A growing interest for independent projects has been observed in the region in the past decade, mainly promoted by universities, which have achieved some success in countries like Peru, Paraguay, and Guatemala, but also by national defense and military organizations (FACTSAT-1 developed by the Colombian Air Force, for example) and some space agencies (such as the nanosatellites NEE-01 and 02 of Ecuador’s Space Agency). “This interest can be seen in the creation of the Latin American and Caribbean Space Agency (ALCE) at the end of last year. It seems logical to think that focusing on the nanosatellites market could represent an opportunity for these regions to gain technological independence and the possibility of developing new industries,” she explained.

Risks and challenges of a growing sector

Currently, between 70 and 90 nanosatellites are launched every year, often in multiple launches that put 30 or more units into orbit at once. “The sums are simple,” ensured Roibás Millán, “more satellites are launched than the number that disintegrate, and the amount of objects in space is therefore expected to continue growing.” This situation leads to an excess of space debris that has been accompanied by clear waste elimination and deorbiting strategies from professionals in the sector in recent years, which must be contained on a global scale. “Although the risk of collision is statistically low, the increase in space debris is worrying not just due to the number of devices, but also the overcrowding of objects that causes chain collisions and scattering,” she explained. As this occurs in low Earth orbits, there are collision alerts on an almost weekly basis that, in some cases, need to be prevented with course corrections or maneuvers.

In addition to these reactive measures, the expert recognized that in the short term we will have to prevent “explosions of objects that are no longer active (by deactivating a unit’s electrical systems at the end of its useful life, for example).” In the long term, the challenge lies in regulation. “The best method to stabilize the amount of space debris is to establish elimination guidelines and ensure that these protocols are strictly followed,” she asserted. Some cleaning missions are also underway, such as ClearSpace 2 by the ESA, which is due for launch in 2025. “The options being considered range from using robotic arms to catch space debris and return it to Earth to other possibilities that do not involve direct contact. However, carrying out these types of missions is still a work in progress and is not a viable solution in the short term,” she concluded.

UPMSat-2: An educational mission to demonstrate technology in orbit

Elena Roibás Millán is the leader of the UPMSat-2 project, which is the second satellite fully developed by the researchers and students of the Technical University of Madrid. It was launched in the early hours of September 3rd, 2020, on board the Vega rocket alongside another 52 small satellites. In addition to its main objectives as a technological validator and a teaching tool, the development process has demonstrated the center’s capacity to manufacture, integrate, test, and operate modern space equipment, maintaining all the complexity of a complete space system throughout execution. The two-year mission is being controlled and monitored from the Institute IDR/UPM Earth Station on the Montegancedo Campus. These tasks, in which student participation plays a leading role, will bring new challenges and opportunities for work and technological development, as well as for collaboration with other research groups. 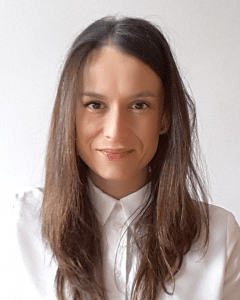 is an aeronautical engineer and holds a PhD in Aerospace Engineering from the Technical University of Madrid (UPM). She currently teaches at the UPM’s School of Aeronautical and Space Engineering (ETSIAE). Since 2018, she has been deputy head of the School’s Aerospace Systems, Air Transport, and Airports Department.

She began working in research in 2011 when she completed her PhD thesis in ESTEC (the European Space Research and Technology Center), an ESA technological center in Noordwijk (the Netherlands). She currently works in the UPM’s “Ignacio Da Riva” University Research Center, following lines of research related to space structures, system engineering, space power systems, and nanosatellite design. In this field, she is the technical lead of the UPMSat-2 project, a nanosatellite which is currently operating in an Earth orbit at an altitude of 500 km.

She is also actively involved in projects funded by the Spanish government and the EU, has authored more than 20 indexed scientific articles (JCR), and regularly participates in congresses and conferences both in Spain and abroad.