Inicio > Risks Management and Insurance Magazine > Articles > Geothermal, the energy under our feet 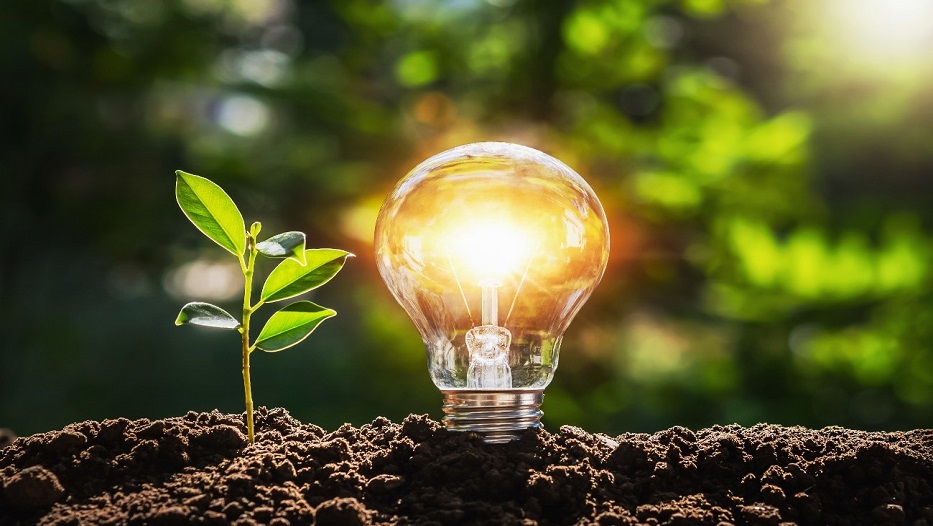 Geothermal, the energy under our feet

For some time now, humanity has been searching for more sustainable alternatives to fossil fuels, using other renewable sources that take advantage of the resources offered by nature, without damaging it in the process. Among them, geothermal energy stands out due to its continuous nature, always available regardless of weather conditions, which, together with its high capacities and multiple locations, makes it a solid contender for the future.

Geothermal energy uses the heat emanating from inside the Earth, “a clean and efficient source of energy that is under our feet that can be exploited anywhere to produce electricity and thermal energy,” according to the Technical Secretary of Geoplat, the Spanish Platform for Geothermal Technology and Innovation.

Based on its temperature, there are three types of geothermal resources:

– High temperature (in excess of 150° C), which are found several kilometers beneath the surface, used primarily to generate electricity.

– Medium-low temperature (30° – 150° C), which are used to provide heating and hot water in towns and cities, generate electricity in some cases, as well as in spas and other industries, especially in greenhouses and fish farms.

– Very low temperature or superficial (under 30°C), which uses both the heat generated under the Earth’s crust and the heat of the sun that is absorbed. They are used primarily for climate control, in other words, to provide heating and cooling, as well as to heat water in buildings and homes.

Geothermal energy plants are operating today in 29 countries with a total installed energy generation capacity of 15.4 GW in late 2019. The leading countries with installed capacity are the United States, Indonesia, Philippines, Turkey, New Zealand, Mexico, and Iceland. Although with continuous development, another 50 countries could combine geothermal energy with other renewable sources to generate electricity and/or heat, according to Geoplat.

The outlook for the future is therefore encouraging. By 2050, the International Energy Agency estimates that geothermal energy for thermal production will be 1,611 TWh (3.9% of the global end-user energy forecast for heat) and 1,400 TWh for electricity generation (3.5% of the projected global energy production for electricity).

The main benefit of geothermal energy is that it is “an inexhaustible, self-sufficient resource, ubiquitous in all types of terrain, and versatile, capable of helping meet the global population’s energy demands and reducing the use of fossil fuels as a primary energy source.” However, as indicated by Geoplat, geothermal resources are not located in specific locations, rather they are present on every continent, which is not true of fossil energies. In addition, unlike other sources, such as solar or wind, it is constant. So it is available 365 days a year, 24 hours a day, regardless of weather conditions.

It also has a major impact on economic development and the creation of jobs on a local scale. According to the document Renewable Energy and Jobs. Annual Review 2020, published by IRENA (International Renewable Energy Agency), geothermal energy employs 99,400 people around the world. In addition, it is produced onsite, so it is neither bought nor sold, as is the case for oil and natural gas, reducing countries’ energy dependency.

As a source of electricity, deep geothermal is completely manageable, providing supply security and stability to the electrical system as a result. It is also characterized by modest production costs with a high capacity-to-production ratio. And as a source of thermal energy, it is much more efficient as it keeps a home’s temperature constant, providing the best energy rating in a single installation for heating and cooling production systems.

In fact, although any industry that requires electricity or thermal energy can work with geothermal energy, the Technical Secretary of Geoplat says that it can have a greater impact if it is used massively as a heating and cooling source. This is because the resource needed for that is found just a few meters beneath the Earth’s surface where the terrain stays at a constant temperature, regardless of the season or the weather conditions. It thereby facilitates the production of renewable heating and cooling by using highly efficient heat pumps.

In the fight against climate change, in order to implement geothermal energy on a global scale, the Geothermal Implementing Agreement was established by the International Energy Agency (IEA Geothermal), an organization that seeks to connect national programs and industry to explore, develop, and use geothermal resources and establish direct cooperation ties between the participating country experts, industries, and participants. It currently comprises 16 members, including the Geoplat platform, and its research focuses on five large areas:

– Providing information, communication strategies, and knowledge transfer to overcome barriers and improve the launch of direct use of geothermal energy.

– Advancing in knowledge on the nature and characteristics of the deep heat sources and the heat transfer processes in the volcanic geothermal systems.

International cooperation in the area of geothermal energy also covers other projects. At the community level, Crowdthermal stands out, financed within the framework of the European Union’s Horizon 2020 Research and Innovation program, which will contribute to the EU’s joint objective of ending dependency on fossil fuels, as well as reducing the environmental impact of the energy supply, achieving the much-sought-after decarbonization by 2050.

In other areas of Europe, they are developing projects with new technologies that are being tested at demonstration trials. “New technologies are making it possible to generate electricity at lower geothermal resource temperatures, which expands the generation possibilities of many more location than the current ones,” the Geoplat Technical Secretary explained. The binary cycles and medium-temperature sites have the highest potential for development and need to be supported by an adequate incentive policy in the initial phase that enable them to be promoted and grow appropriately in the medium- and long-term. Regarding heating and cooling, the learning curve continues to move forward in the area of technologies, making them increasingly competitive with respect to the other options.

These global commitments make it clear that “the capacities, economic costs, and sustainability of geothermal energy make it an energy source on the rise for the future.” A number of companies and organizations are investing in development and improvement as an alternative for the future, and more when considering the enormous environmental impacts that burning fossil fuels has had on the world, as well as the constant fluctuation of international crude prices. “Considering that renewable energies are going to achieve greater weights in the energy mix, the challenge for geothermal energy is to establish itself as a major regulating agent on the grid,” they stated.

Another major challenge is to promote and develop the district heating and cooling networks that supply large residential and services zones where surface geothermal energy acts as a primary energy in the production of heating and cooling. Systems must be designed and developed that enable surface geothermal energy to be competitive with conventional systems and be implemented in areas with a thermal demand that goes beyond residential hot water.

But to achieve complete implementation, geothermal energy must overcome several obstacles, as mentioned by the Technical Secretary of Geoplat:

– Lack of knowledge of the benefits of both surface and deep geothermal energy. The public needs to be educated, presenting the socioeconomic, health, and environmental contributions that would come from using this energy, to produce electricity and heat, cooling, and residential hot water.

– Lack of a regulatory system. The fact that there are no market rules that make it possible for geothermal energy to compete on a level playing field is an obstacle to moving forward in this field.

– Little aid in research, especially for deep geothermal energy, and scarce measures to mitigate the risk associated with the initial phases of drilling, which hinders exploration and exploitation of high-temperature resources.

– Insufficient policy determination. There must be the same determination for thermal renewable sources (surface geothermal) as there is for the promotion of renewable electricity sources (photovoltaic, wind). Although the initial investment is high, the amortization of the geothermal heating and cooling systems is about six years, while the useful life of the facilities tends to be up to 50 years. In addition, there are the energy savings that could reach up to 70%, “so in the long term, there would be monetary savings.”

Latin America and the Caribbean have significant geothermal potential, between 11 GW and 55 GW, although it is mostly unexploited. However, there are significant exceptions, such as Mexico, El Salvador, and Costa Rica, which have promoted development. In the region, according to a recent study published by the Interamerican Development Bank (IDB), Development Financing Institutions are championing this type of energy as a robust, reliable, and renewable source, equipped with a relatively robust infrastructure in an era of change and climate events which are increasingly severe—and particularly damaging in the region. For progress, according to this report, the focus in Latin America has been solely on obtaining highly competitive auctioning systems that guarantee the lowest possible prices, which decrease the competitiveness of other energies such as wind and solar. Although the criterion is switching to the potential of quality—especially in countries such as Mexico.

The experts, who see great potential in Latin America for geothermal energy, are championing a long-term view, assuming that the development cycles are expansive. The main difficulties faced by the sector today are a lack of necessary regulatory and legal conditions, as well as a lack of clear policies, which continue decreasing the interest of investors and affect even the competitiveness of the current projects. The potential of Madrid

The immense substructure of the capital, with its network of tunnels and stations, is an immense geothermal exchange, which, if it where thermal-activated, could contribute significant annual renewable production. The underground activity emits some 431,000 MWh a year of heat, dissipated in the startup and stopping processes of the trains, which is generated almost entirely in the stations and their surroundings (with the subsequent challenge of ventilation and cooling to remove it). If we look at the achievements in other countries as a reference, joint financing, extraction, and ventilation of the hot air to thermal exchangers capable of supplying buildings and nearby public infrastructures at a low temperature.

Along these lines, the Madrid Subterra association, made up of public and private companies, administrations, official engineering associations, and universities, presented a proposal in December 2020 to extract the heat from line 1, the oldest and most central in the capital. In this proposal, the hot air from the Sol station could heat nearly 7,000 homes a year and hot water to nearly 3,000 people a month in public centers. Another project also analyzed the profitability of a classic geothermal project at the Pacífico station to provide heating and cooling at those facilities. The Spanish Platform for Geothermal Technology and Innovation (Geoplat) is a sectorial excellence and technical-scientific coordination group comprising all relevant stakeholders in the geothermal energy sector in Spain. Its goal is to act as a framework where all sectors involved in developing geothermal energy work together in coordination to achieve commercial implementation of this renewable energy source and its continuous growth competitively and sustainably