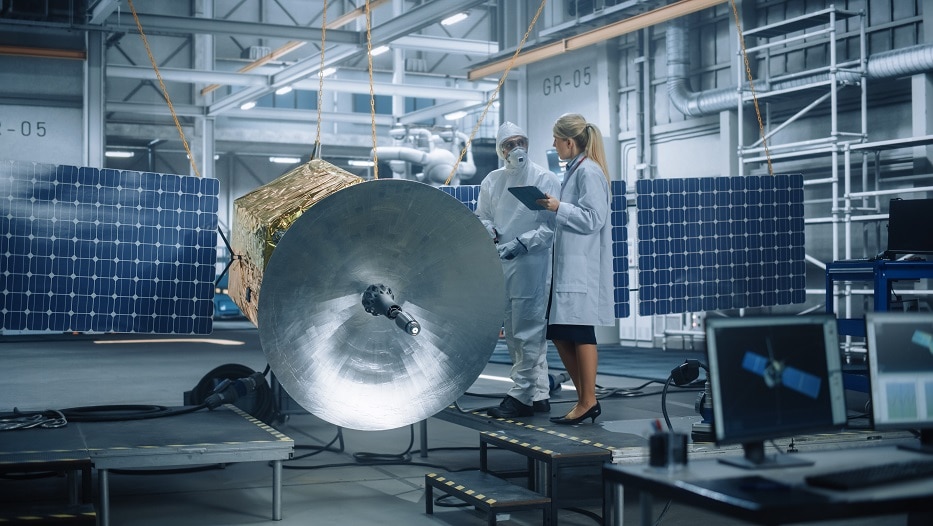 4.0 Technologies in the Aerospace Industry

Despite being an industry with very long terms of certification in the innovation of its processes, the aerospace sector has consolidated an important technological evolution in recent decades, which now places it among the so-called 4.0. With insights from Luis Lizcano, Executive President of the Mexican Aerospace Industry Federation, we take a look at the progress achieved in recent years, and the effect of the pandemic on this progress.

Technological evolution is a fundamental aspect of the aeronautical sector, whose development is closely linked to Industry 4.0. When talking about a precision activity, we are talking about production with very long timeframes for certification in the implementation of new processes. “Although technology is critical, our sector is also cautious when integrating it, because the security factor is taken into account more than in other sectors; a lot of research needs to be done in these two fields,” says Luis Lizcano, Executive President of the Mexican Aerospace Industry Federation (FEMIA). This moderation, however, only affects the application of new techniques. “Historically, there has been broad support from the industry to conduct research. Unlike other economic sectors, it is endowed with significant investments,” he adds, with which major challenges are faced, such as the generation of sustainable propulsion alternatives, including the use of more efficient or cleaner fuels, such as electricity or hydrogen.

These environmental goals are precisely the last milestone that has marked the technological transformation of the sector, from sustainable activity to attenuation of environmental noise. “We have, for example, the development of carbon fiber composite materials, which have led to much more resistant and lighter parts, which facilitate efficiency and sustainability objectives,” explains the Executive President of FEMIA. The commitment of those responsible for the sector in Latin America, and specifically in Mexico, is undeniable.

“Large corporations are taking this transformation very seriously, and they have reached very high levels of digital maturity. The problem is that our supply chain is very complex and covers not only large corporations, but also small and medium-sized enterprises, and even family-run businesses. We are committed to taking on the task. We have a commission of new technologies that is currently making a sectoral diagnosis in the region, and with it we want to identify the technological gaps to overcome,” he assures.

As Luis Lizcano explains to us, the industry is carrying out a holistic transformation, which encompasses a multitude of disciplines that are implemented both in manufacturing and in the collection of information for the optimization of processes and the drive for precision. These are some of the most relevant ones, already established on a global scale:

Additive manufacturing. The possibility of modeling the immense quantity and variety of parts in the same supply chain leads to significant savings in time and costs, taking into account that an airplane can have between four and six million different components, and there are practically no two identical airplanes. “Many of these parts, especially metallic ones, are still managed with subtractive manufacturing. We are talking about precision machining, and additive manufacturing comes to provide an alternative where the process can be complicated by the way it is being treated, giving designers the possibility of achieving more complex, lighter and much more resistant structures,” Lizcano explains.

Big Data. An aircraft that is in-flight generates a significant volume of information that, along with technological advances in the industry, is collected from both internal mechanisms and the external environment. “The analysis of the information generated by the turbines – the most critical part of an aircraft – is being very effective, for example, and it generates a vital amount of data on engines, based on which we can develop alternatives that are safer and more efficient,” experts from FEMIA explained. These planes are also capable of collecting information on weather patterns or height and pressure variables, with which routes can be optimized and areas of turbulence avoided.

Artificial Intelligence. In the field of land observation, there are processes based on satellite images to monitor and develop more sustainable environments and preserve the biosphere reserve. With these applications, for example, the ultraviolet refraction index of the plants can be detected.

Collaborative robotics. As Luis Lizcano explains, this is something that is increasingly widespread in companies across the sector. “Many manufacturing plants in Mexico already use this technology, which is an adaptation of conventional robotics, and very convenient for our industry, which continues to depend on knowledge and human ability,” he says.

Likewise, there are many other lines of research that are not publicly known, since companies handle this development confidentially, although “we know that there are some fronts of interest – such as the return to supersonic aviation or unmanned vehicles – which have great potential.”

According to the Mexican organization, the main challenge to achieving the real and competitive existence of an aerospace industry 4.0 is the training of its professionals. “New technologies have to be managed by people and the challenge we have is precisely to continue being competent within the sector. We are working together with our educational institutions in the country as well as with companies and government agencies, so that our team, our staff, have that command of these new technological trends, and continue to grow in such a beneficial sector for the economy,” he concludes.

Impact of the pandemic and perspectives

The sudden emergence of the pandemic in the Mexican aerospace industry was immediate and severe. “In April 2020, when it just started, we were already at 9% compared to 2019. Obviously, if there are no passengers flying, there is no need for aircraft or to undergo much maintenance,” Lizcano explains. The initial reaction, as in many other areas, was one of uncertainty, although it was not long before a solution was found to the problems that were arising. “In the case of our industry, there was an imminent drop in production volumes, and therefore we needed to make some adjustments to the entire supply chain. In addition to this, in some regions they designated our industry as essential, and we were very active in the transport of cargo to provide essential supplies, and the security and defense agencies were essential during the pandemic,” he assures.

The main lesson that this worldwide situation left for the future is that an industry with the importance that the aerospace industry has must be prepared for any contingency, so that it can act more quickly and without this period of confusion. “The depth and severity of this pandemic was of tremendous proportions. We were not prepared, humanity was not prepared to deal with this type of situation. And industries – not just the aerospace industry – had to make important adjustments to the way it conducts business,” Lizcano says.

Despite the setback, FEMIA expects a definitive and progressive recovery. “After 2020, which was a period of economic decline in Mexico, we experienced a decrease of 31% in production, after having reached nearly 10 billion dollars in exports in 2019, in one year this figure decreased by around 6.7 billion dollars. In 2021, we are already seeing signs of gradual recovery, after starting with a very low first quarter.” The forecasts for the last quarter of 2021 and the beginning of 2022 are a recovery of around 16%, and it is expected to reach pre-pandemic levels in 2023. “The top challenge stems from the disruption in the value chain; companies had to restructure their supply chains, they diversified a little more and relied less on single suppliers. Obviously, this entails changes and a lot of work, but also many opportunities that can benefit Mexico,” assures Luis Lizcano, who also insists on the need to foster knowledge and the use of high technology in all areas starting from the training of professionals. “Fortunately, our region has a favorable demographic situation, and what we need is to enhance training so that they can perform in our sector,” he concludes.

Luis G. Lizcano, Executive President of FEMIA (Mexican Aerospace Industry Federation). Mr. Lizcano has more than 25 years of experience in the development of this industry from different perspectives (government positions and private companies). He was in charge of the Direct Foreign Investment Attraction program for the government of the northern state of Chihuahua, where he had the opportunity to design and implement the Aerospace Industry Development Strategy to attract companies such as Cessna, Honeywell Aerospace, Beechcraft and Bell Helicopter, to name a few. His career has been significant in economic, automotive, aerospace and industrial development. He holds a degree in Industrial Engineering from the Monterrey Institute of Technology and Higher Education (Instituto Tecnológico y de Estudios Superiores de Monterrey, ITESM).